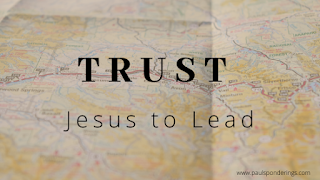 I like the story because the Rich Young Ruler is a person in the Bible who American Christians can relate to.

While we may not consider ourselves rich, compared to rest of the world we are. In fact, the greatest stumbling block for Americans, just as it was for the Rich Young Man, is materialism (measuring the worth and purpose of our lives by the things we have or desire to have).

The Rich Young Man comes to Jesus with the question: "How can I have eternal life?"

Ultimately what the Young Man asked Jesus is how he can be part of God's eternal kingdom.

Jesus responded, "You need to keep the commandments."

Young Man replied to Jesus, "I have kept the commandments."

We should not hear this as being arrogant, but rather a declaration that he was following what the Law required. He obeyed the commandments, and when he broke one he made sure the appropriate sacrifice was offered. In his mind he could truthfully say, "I have kept the commandments."

Notice Jesus did not challenge him on this point. Rather, he gave the Young man one more thing to do: sell his possessions and give the money to the poor.

Remember Jesus hung all the commandments on two commands: love God and love your neighbor.

What the Young Man revealed by holding on to his wealth is that he really did not keep the commandments. He participated in a religion, but true love eluded him.

The Young Man was torn between two desires. He desired the lifestyle that his money gave him, but he also desired to be part of God's Kingdom.

The Young Man chose the immediate desire of an easy life rather than the long term desire of following Jesus.

The result was that the Young Man missed out on being part of God's Kingdom. He came with the desire to be part of the eternal Kingdom of God. He went away sad because he knew his desire would not be satisfied.

I wonder if the Young Man was still alive in 70 AD.

Did he witness the siege of Jerusalem by the Romans?

Did he experience hunger that no amount of money could fill?

Was he one of the rich people who had their bellies slit open as they tried to sneak out of Jerusalem with their riches in their stomach?

Did he see the futility of trusting in his wealth and wonder how life would have been different if he had followed Jesus?

It doesn't really matter if he was alive then or not, because his choice led him down the path of the temporary which always leads to an ever increasing desire of the things of this world. The sadness he experienced when he left Jesus was the same sadness that had him seeking Jesus. His life was missing something, but he wasn't willing to to do what was necessary to fulfill the craving of his soul.

Is there something in your life that you are hanging on to even though you know it is an obstacle to the life God has for you?

Is there something in your life that you have learned to rely for comfort and fulfillment but pushes Jesus out?

Until we are willing to trust Jesus more than we trust ourselves we will continue to be frustrated with the direction of our lives.


Following Jesus requires us to live with courage.

The first courageous step that we must take is to give up those things we have trusted to bring us happiness, pleasure, and meaning. It is a scary thing to give up what we comfortable with in order to venture into the unknown. We will never know the life God has for us until we do exactly what he tells us to do.

I don’t remember the last time I listened to Rush Limbaugh. That might come as a surprise for people who knew me in high school and colleg...