Who Is Your King? 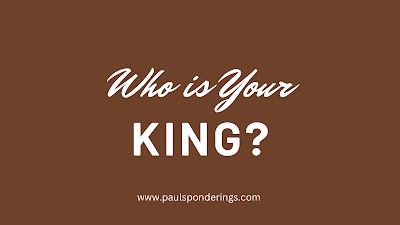 In those days there was no king in Israel. Everyone did what was right in his own eyes.
The book of Judges is the account of the nation of Israel between the death of Joshua and the establishment of the monarchy with Saul and David. The recurring problem this young nation dealt with was the lack of leadership. As long as God provided them with a leader: Moses, Joshua, and the various Judges the people seemed to do what was right, but once these leaders were gone the people seemed to always follow the religious practices of the kingdoms around them.
Rather than being God’s covenant people, guided by the Law, Israel desired to be another Canaanite nation, adopting the practices of their neighbors.
Israel’s unwillingness to accept God’s rule led to the invasion of foreign kings. No Israelite king ruled Israel, but there were kings who ruled Israel. These kings were cruel and their actions devastated the nation and kept the Israelites in bondage.
Because of Israel’s choice not to accept God’s invitation to be their King, God allowed the invasions of foreign kings to occur.
The Old Testament often gives us a picture of what historically happened as a metaphor to the spiritual reality of life. Just as Israel needed to surrender to God lordship, we too need to surrender to God's rule.
We may think we don’t need a king in our lives because we have the wisdom and the freedom to do what we think is best, but the reality is that we are bound by the chains of a tyrant. Many of us are chained and enslaved.
The habits you cannot break are not the result of your weakness, but are chains given to us by a cruel master. The lust, selfishness, and greed of your heart are the chains in which you have been bound. “I am free,” we yell as we fall back into whatever addictions we have developed to cope with life.
The reason why we self medicate with sex, alcohol, Netflix, Amazon shopping, exercise, or food is because that is how we have learned to cope with life. This self medication can easily turn into addiction and slavery.
Peter wrote:

For you know that you were redeemed from your empty way of life inherited from your ancestors, not with perishable things like silver or gold, but with the precious blood of Christ, like that of an unblemished and spotless lamb. — 1 Peter 1:18-19 (CSB)

We inherited a way of life from the world. It is all that we know and it seems like wisdom because it is how everyone else is living, but that way of life is really oppression. We need to be rescued from it.
Jesus is the King who came to rescue us. The foundation of the Gospel is that God’s good Kingdom is being brought into the world through Jesus. This was Jesus’s summary of his message:

From then on Jesus began to preach, “Repent, because the kingdom of heaven has come near.” —
Matthew 4:17 (CSB)

To repent, in this context of Kingdom, means to change our loyalties. I like to say that to repent is to defect from the kingdom of darkness and declare our allegiance to Jesus and his Kingdom.
We have a choice to make. Who will be our King?
Will we accept Jesus’s offer to be our King by repenting and following him or will we choose to be our own king too weak to stand against the oppressing forces the world sends our way?
The Bible teaches that Jesus is offering the opportunity to accept His Kingship to all people, but there will be a day when this invitation will cease. Jesus is preparing to return and on that day no one will be able to stand against Him. Everyone will bow before him, either in absolute terror or in absolute love, and worship the King of kings.
Today is the day for you to defect from the kingdom of this world and become part of the Kingdom of Heaven. The day is coming when there will only be one King left standing, and on that day I want to be on his side.
at December 31, 2022 No comments: 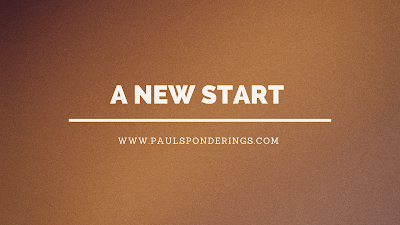 This past year has been a very good year in many ways. I was able to enjoy trips with my family to Virginia and to Northern Minnesota. I went on trip to Colorado with a group of pastor friends to do hiking and we conquered Mount Elbert, the second tallest peak in the lower 48 states. I have watched Bethlehem begin to rebound from COVID as we put on some wonderful events.

With all the good that has happened I still sit here on my birthday bummed and a little freaked out.

Last Thursday I went into the Emergency Room because I had pain in my left leg that had gotten worse all week long. With my history of blood clots (2013 and 2020) I was a little concerned that I had another, even though I was on a blood thinner (Eliquis). Sure enough I had another clot. Not only one clot, but three, two in my left leg and one in my right.
Next week I have an appointment to see Vascular Medicine at the Mayo Clinic, so hopefully we can figure out how we can prevent these clots from returning. I am scared about the fact that these clots formed while  I was on a blood thinner and was consistently getting 10,000 or more each day. I would appreciate your prayers, not only for healing and the doctor's wisdom, but also my mental health as I am stressed about another clot forming or one breaking off and going to my lungs or heart.
In the midst of this I have decided that I want to get back to blogging. For many years, (2004-2013), blogging was my main creative outline. I enjoyed writing out my thoughts for other people to read.
A lot happened that slowed down my blogging. I got married, had kids, shifted time to social media, and became pastor of Bethlehem Church.
Now that my kids are older and I want to spend less time on Facebook and Twitter, I thought it was the perfect time to get Paul's Ponderings going again. I want to have a place to share my thoughts as I go though this blood clot journey and work on getting healthy, as well as my thoughts on spiritual formation and discipleship.
I hope that you will join me and that I can be an encouragement to you along the way. 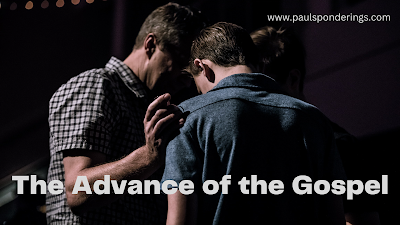