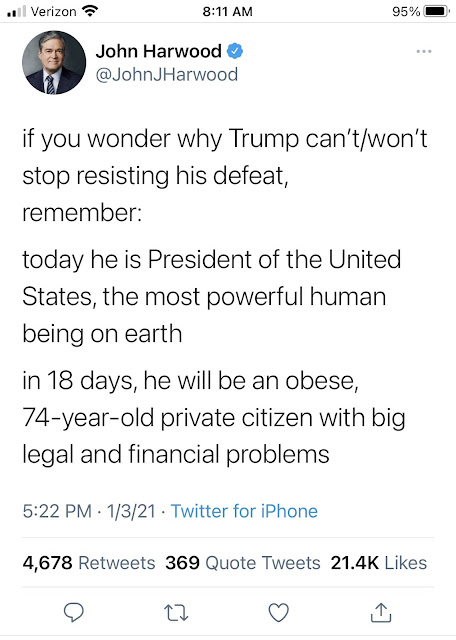 This tweet popped up in my timeline. I have no idea who John Harwood is and I don't follow him on Twitter.
When I read this tweet it brought to mind three thoughts:
The real issue at stake isn't why President Trump is continuing to fight for the election, rather, it is why does one office hold so much power?
Not only for the United States, but for the world.
N. T. Wright talked about that reality on the Ask N. T. Wright Anything podcast when he took questions about the election. He acknowledged that the U. S. Presidential election has ramifications for the entire world. This should not be the case.
Regardless of whether or not you think Donald Trump was a good president, the thing that we should be the most concerned with is how we can limit the power the president has in this world.
at January 05, 2021